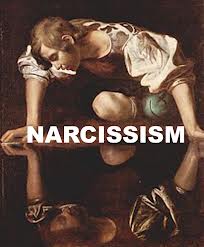 In an era of unprecedented wealth creation (albeit credit based and debt-fuelled), characterised by rampant and unconstrained consumerism from the 1980’s into the late 1990’s, there has not coincidentally emerged an unsettling trend for Western societies selecting heavily in favour of self-indulgent, overtly narcissistic personality traits. While this might merely reflect a consequence of the absence of war and famine, and the reduction in many diseases in our privileged societies, thereby leading to a complacency selectively fostering such traits, there appears to be several other factors that may predict, reinforce and even give added momentum to this rather egregious trend in human psychology and behaviour.

At the forefront is the pervasive, and often pernicious influence of the mainstream media, particularly in film and television, where an endless cavalcade of exemplars of celebrity and wealth are presented in a relentless bombardment of images, frequently air-brushed and computer enhanced, with advertising and programs devoted solely to groveling worship of the allegedly famous, the superficially “beautiful”, or the obscenely wealthy. This serves to promote a culture revolving around excessive feelings of entitlement, an unhealthy obsession with body image, and a conformity to the perception of perfection, with an idealised aspiration to a perceived template of acceptability for our personal validation. Culturally, we have excessively fixated not only on our superficial appearance, and hence intense regard and absorption with our “self”, but also on the acquisition symbols of status, leading inevitably to an over-reliance on the dictates of fashion and alleged “style” over the more substantive personality traits of generosity, self-restraint, modesty, personal dignity, moral fortitude, self-reliance and individuality.

At this point, I would like to stress that, in my opinion, individuality in its purest form is more correctly a uniformly positive (and hence non-narcissistic) personality trait, because this observation appears to contrast with the prevailing opinion among many neuropsychologists and cognitive scientists that narcissism and individualism are somehow inherently linked, or at least positively correlated with one another within any particular individual. Whilst I would agree that a society that stresses the supreme importance of the individual and his self-centred desires over the collective needs of others is more prone to propagate narcissism within its populace, I do not accept that this assertion extrapolates to the level of the individual.

As evidence of this, it is apparent that most (if not all) narcissists cannot readily exist independently without the benefit of weak and compliant individuals to control, forming a parasitic (rather than symbiotic) relationship where the primary gain is almost exclusively uni-directional to their ultimate benefit. Narcissists also demonstrate an extremely poor grasp of the basic requirements of autonomy and are blind to its merits, most especially because they struggle to maintain their self-esteem without the constant affirmation, validation or unbridled praise of others. I would further argue that “collectivism”, particularly that found in so called “social media” such as Facebook and Twitter, far from being a barrier to narcissistic tendencies, has merely served to actively encourage a “culturally-acquired narcissism” which, as a consequence, has flourished within our culture, rather than serving to ameliorate, mollify or otherwise negate these tendencies as many experts appear to suggest. 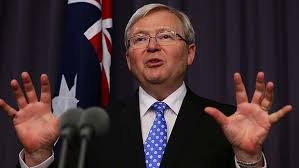 The characteristic features of narcissism are therefore becoming increasingly prevalent in our culture, where vanity, charisma and charm is valued over depth of character, with slick superficiality treasured over the thoughtful and profound, and the unrelenting putting down of others with derogatory comments is considered the epitome of wit and sophistication. Relationships that would once aspire to a deep interpersonal connection and a romantic ideal of warm, caring and reciprocated love have been largely replaced for many of these individuals by a self-centred exchange of bodily fluids, and mutual exploitation bordering on onanism. The propensity for individuals to feel inordinately special, entitled and superior has essentially thwarted within them any semblance of empathy, modesty or altruism. In spite of these glaring deficiencies of character, these same individuals are nonetheless left with an inflated and grandiose opinion of their own self-worth, with most exhibiting behaviour that is often manipulative and unscrupulous, and with the majority being pathologically controlling and incapable of sustaining satisfying relationships with others. 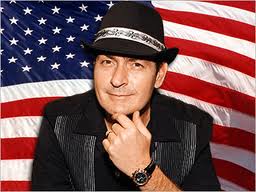 What sort of relationship paradigm does this trend toward more widely prevalent narcissism entail for Western society in the future? Certainly, the failure to fulfil the inflated expectations of success and perfection in their relationships for such people is likely to lead them eventually to attempting to diminish, degrade or debase their unfortunate partner. They do so to avoid the shame they feel at their own personal inadequacies, which they universally lack the objective insight or courage to acknowledge. Inevitably, these relationships decline inexorably due to the inability of narcissists to empathise with others or to distinguish their partner’s hopes and aspirations from their own.

Narcissists and their unfortunate “loved ones” are inevitably doomed by the former’s tendency to utmost contempt for others as a means of maintaining their false sense of superiority, and from a need for subservience and constant admiration, failing which any act of assertiveness by their loved ones can be a trigger for narcissistic rage at the perceived injustice of such defiance. Narcissists eventually devolve into a torrent of abuse, detesting those who fail to admire them unconditionally, and hypersensitive to any perceived insult, whether real or imagined. Consistently, narcissists are also incapable of taking responsibility for their actions or the consequences derived therefrom, leaving them to lay blame firmly and completely at the doorstep of their partner, whose only crime often is having lacked the ability to recognise their spouse’s narcissistic tendencies when they were latent or at least partially hidden from view.

Ironically, a small tincture of narcissism is undeniably a necessary facet of the human personality, one that leads individuals with a modicum of this trait to success in life, by promoting realistic goals of self interest, by defining appropriate principles of behaviour, and ultimately by providing the security and self-confidence required to form permanent and deeply felt relationships. A measured amount of self-love is no doubt required therefore to facilitate the love of others. However, in about 1-2% of people (and rising) this tendency to narcissism is greatly enhanced or distorted, whether due to inherited susceptibility or environmental factors, more likely to a combination of both.

What remains most worrying is that this tendency seems to have been increasing dramatically in Western societies within the last 20 to 30 years, due apparently to an environment favourable to its full expression, and this is readily evident in the explosion of such tendencies in the corporate world, the entertainment industry (where it has always flourished, but to a somewhat lesser extent), the medical profession, and even in the currently evolving misanthropy and millenarian fantasies of the Green movement. This has led to a diminution of ethical behaviour and due diligence, a tendency to sexual profligacy and hedonism, a propensity to fraud and charlatanism, and in extreme cases to overt megalomania and in deriving pleasure from the wanton destruction of the lives of others.

One hopes that this perceived increase in such character traits is merely a temporary anomaly, which will eventually be corrected by better understanding, improved recognition skills and better insight on the part of those seeking to enter relationships. At present, however, I see no evidence of this even remotely being the case, with many narcissistic people being outwardly very successful, often also very charming and charismatic, and as a consequence attractive to prospective mates when compared with those who are more grounded and realistic about their own limitations. Often, it is only after 2 or 3 children have been brought into the world that these relationships begin to unravel, often with devastating consequences, since many will end in bitter conflict, acrimony and all-too-frequently in violence.

As anyone who has fallen victim to such narcissistic people in their own private lives will no doubt attest, it is a very hard lesson to learn after the event has occurred, and the consequences are invariably devastating and linger long afterward in the mind of the victim, while the perpetrator often moves on to the next potential partner oblivious to the damage they have serially wrought on those closest to them.